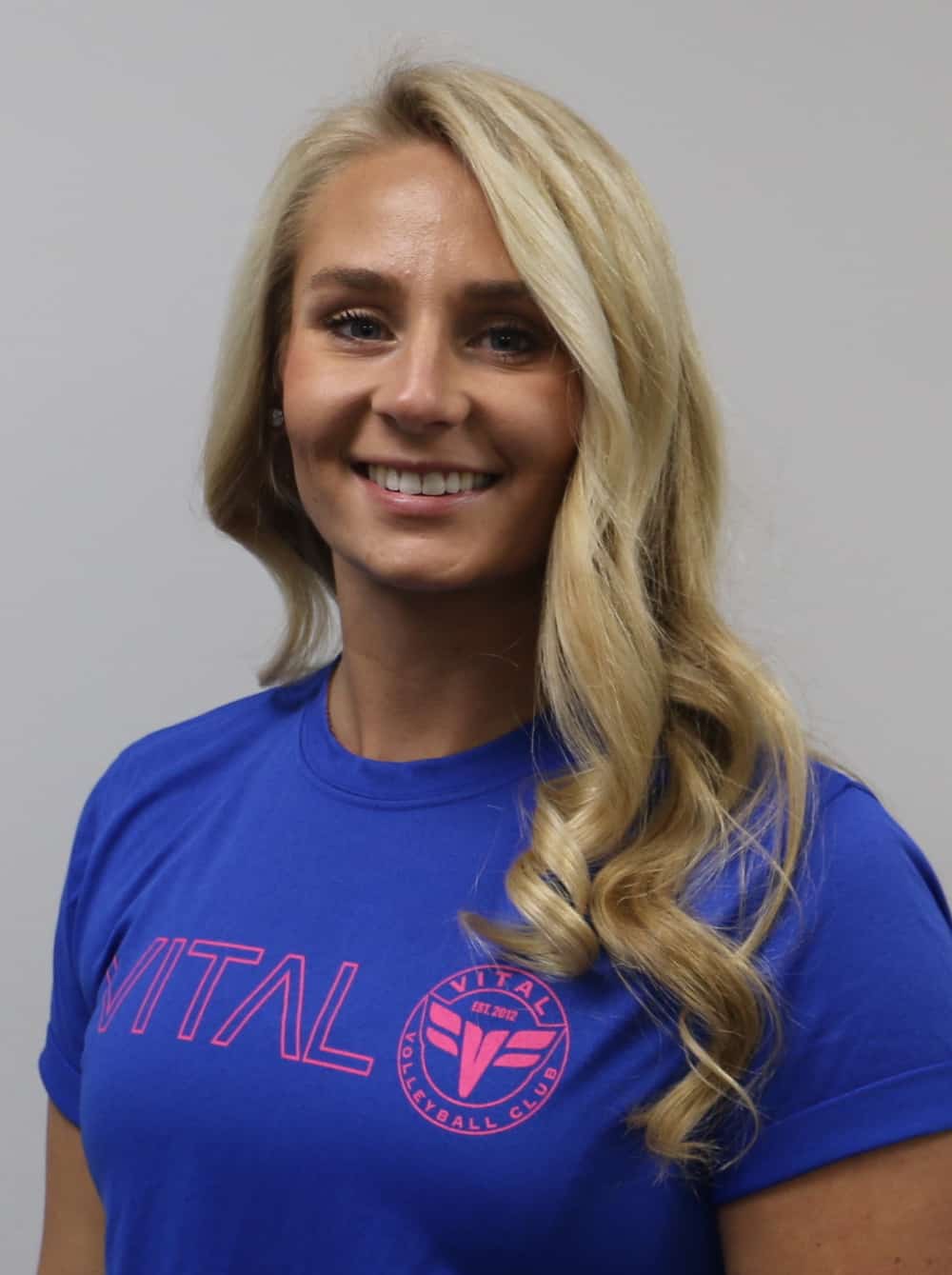 Mikayla attended high school at Kasson-Mantorville high school in which she played volleyball and golf. After high school Mikayla proceeded to play volleyball at Bethel University her freshman year. Her sophomore year, Mikayla transferred to the University of Minnesota, she played on the club volleyball team, many intramural teams and graduated from Minnesota majoring in Sport Management and minoring in Leadership. Following her undergrad, Mikayla pursued a Master of Education degree in Sport Management.

Upon graduation, Mikayla served as an assistant coach for varsity at The Blake School in 2017 and then started coaching here at Vital that year. Mikayla has since coached at the 14’s and 16’s level and this upcoming season will be her 4th JO season with Vital.