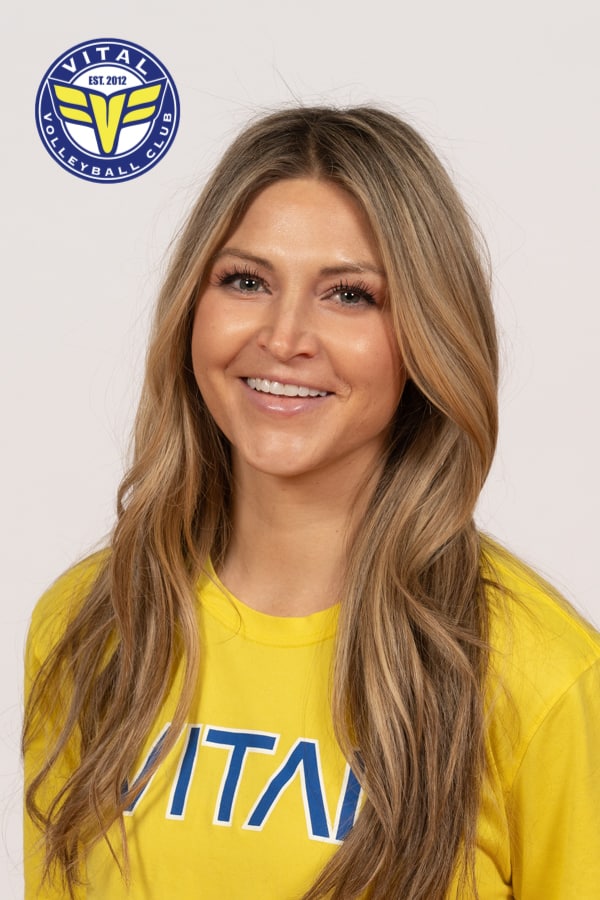 For the 2022-23 season Kelly will be pulling double duty as both the 18-1s assistant coach and again will be helping VVC athletes with the college recruiting process as the club’s college recruiting coordinator.  Kelly has tremendous knowledge and experience in the recruiting game.  Not only was she the #4 recruit in country coming out of high school and had multiple NCAA division one offers.  For the past 14 years, Kelly’s career has been working full-time at helping families in the recruiting process and helping to place them at the collegiate level

Kelly is a Minnesota native and an Osseo Senior High Grad and has recently been inducted into the Osseo High School Hall of Fame. During her time at Osseo she was a 6x Varsity starter, 4x All-State selection, 2x Metro Player of the Year and 2x Minnesota Gatorade Player of the Year. Kelly earned a full-ride and played collegiately at the University of Minnesota 2003-2006. She helped lead the Gophers to back to back Final Four appearances and one National Championship appearance. During her sophomore year Kelly was named a 1st Team AVCA All-American, 2x All-Region and 3x All-Big Ten. She also led the nation in Triple-Doubles with 9.

Kelly graduated from Minnesota with a degree in Business and Marketing.  After her time at Minnesota, she trained with the U.S. National Team at the Olympic Training Center in Colorado Springs.

Kelly is married to director Ryan Stuntz and is the mother to two daughters Blake (9) and Tyler (6).