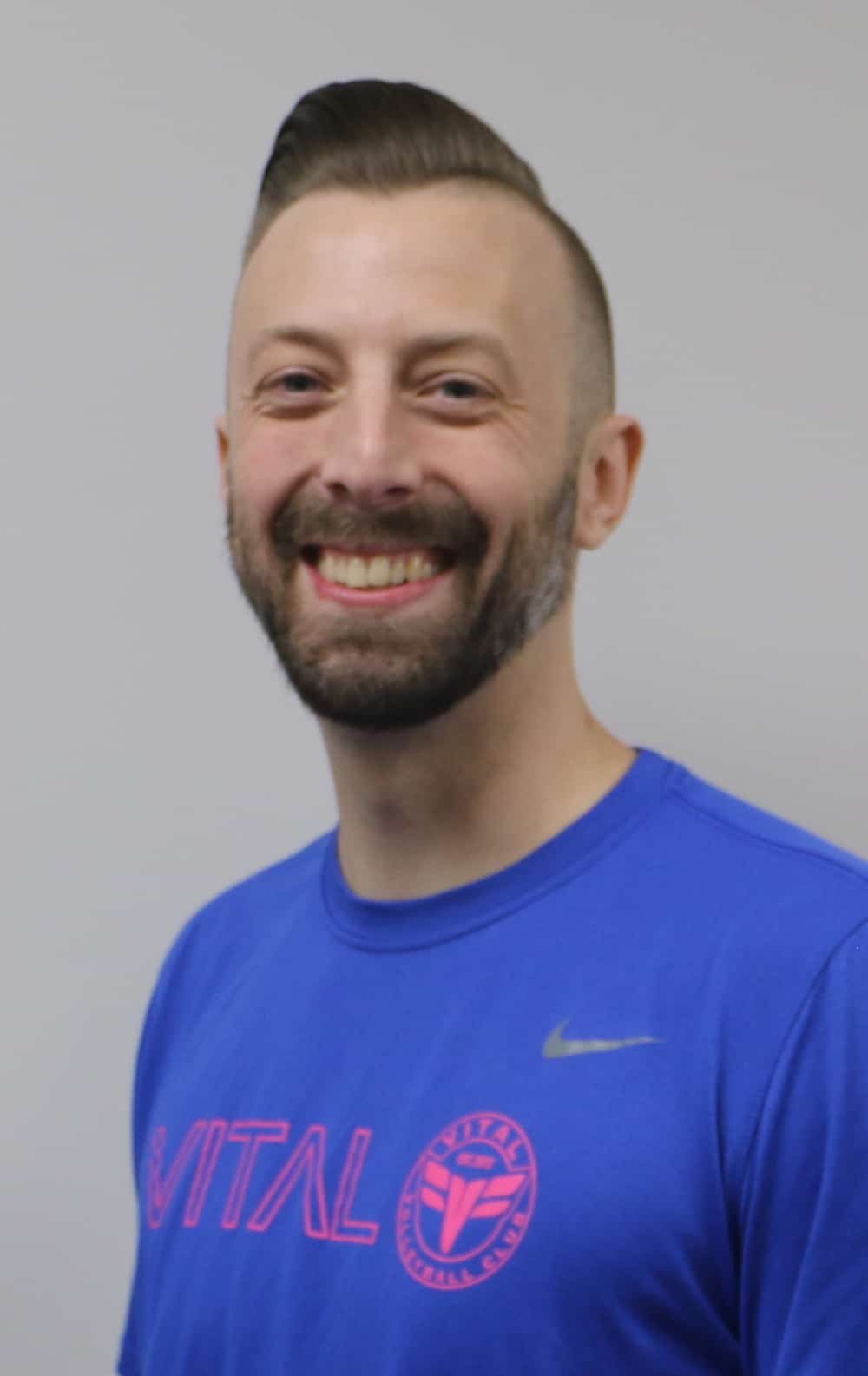 Aaron Wayne began his volleyball career at the age of 10 where his passion for the sport took him to a very successful career.  Aaron has achieved success at multiple levels including a state championship and runner-up while attending Catholic Memorial High School in Waukesha, Wisconsin.  During his time in Wisconsin with North Shore Milwaukee Volleyball Club, Aaron was a national champion at the 14-1s level. He was also a national runner-up during his 16-1’s and 18-1’s years as well.

His drive to become the best player on the court led him to UW-Oshkosh where he won back-to-back national titles and two separate runner-up titles during his tenure.  He became a four time All-American including a second team nomination and Libero of the Year on three occasions.  Due to his tremendous success in college, Aaron was inducted into the Wisconsin Volleyball Conference Hall of Fame in April of 2016 and honored as a member of the 25th anniversary team, honoring the best 25 players from the first 25 years of the WVC.

Aaron’s passion for the game led him to begin his coaching career at Brookfield Central High School where he became the assistant Varsity boys coach in 2010.  In a three-year span, Aaron helped changed the culture of the program and turned Brookfield Central into a top 3 ranked school in 2012; a feat that has never been achieved in school history. Unfortunately, Brookfield Central fell one game short of their first ever state bid.

After moving to Minnesota in 2014, Aaron joined Vital to continue his coaching journey. He served as an assistant on several 1’s teams before becoming head coach for the past four years. His proudest moment was taking 3rd place at AAU nationals in 2016. Aaron coached two years of high school volleyball during his time here in MN as the varsity assistant coach at Orono High School with Ryan Stuntz.

Aaron is happily married to his wife Kris, and have two future Hall of Famers, Kayden and Huxton, that were born July of 2020.

Aaron is entering is 6th year with Vital.